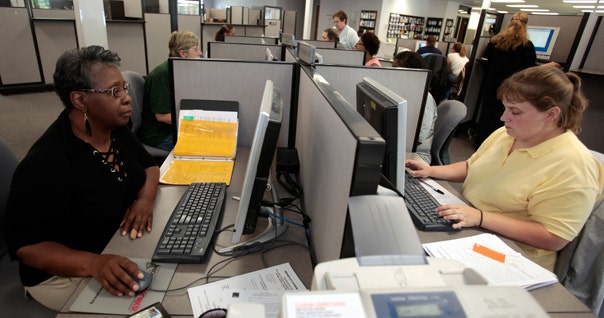 It’s summertime but it doesn’t feel like it in your office. Do you find yourself wearing several layers of clothing because the office is too cold? Well, you’re not the only one. Sixty percent of people have an issue with the cold temperatures in their office, according to a 2009 study. Another study found that 10% of workers have fought over the thermostat temperature.

Here are five reasons why your office temperature should be warmer. Give these reasons to your boss and take back control of the thermostat.

According to a study by Cornell University, warmer offices had an employee error rate of 10% while colder offices had an error rate of 25%. Warmer offices also experienced 150% more worker productivity than officers where workers were spending more time warming up at their space heater. This isn’t because your workers are distracted. It’s because a cold office tenses up the body and causes your workers to make more mistakes.

Most of those minor typos and worker mistakes can literally cost your business money. That same Cornell University study found that colder offices cost businesses 10% more in labor costs per worker than it does in comfortable office environments. Cranking up the AC not only increases your energy bills, but it also costs you more money to have a productive work environment.

As a business owner, you probably know that women make up 51% of the U.S. workforce. And most of them are working in cold offices that are having an impact on them. Women are colder than men because their estrogen levels restrict blood flow to their arms and legs. In addition, women have less muscle mass than men.

Cold offices are a problem because they’re based on regulations set by building codes that were directed by the American Society of Heating, Refrigerating and Air-Conditioning Engineers. Women are no longer wearing power suits and suit skirts. In workplace environments that cause for a casual dress code, most women are exposing more skin than men in the summer months. Then they realize they should stick to their winter office wardrobe to deal with working in a cold office.

A colder office can lead to a waste of time. Do you know how much time you’ve spent taking off your jacket and putting it back on? And then placing a blanket across your knees because you removed the jacket? It probably wasted 10 minutes of your time.

The best temperature for offices to increase productivity levels is between 72 and 79 degrees. This is a 10-degree difference from most workplace environments. A colder office environment leads to an increase in time wasted to get a warm drink or to find the perfect sweatshirt.

A colder office literally makes your workplace feel frostier than ever. Another study in the journal called “Science” found that the lower temperatures lead to an increase in workplace tensions. That extra coldness in the air changes the way we see others. When you’re cold, you tend to isolate yourself from other people. That’s not helpful when you’re working in an office of five people who you don’t get along with.

There’s no reason to be wearing a cardigan and shivering in the middle of July. Correcting your air conditioning issues with Deepchill can help you reduce costs and increase employee productivity.